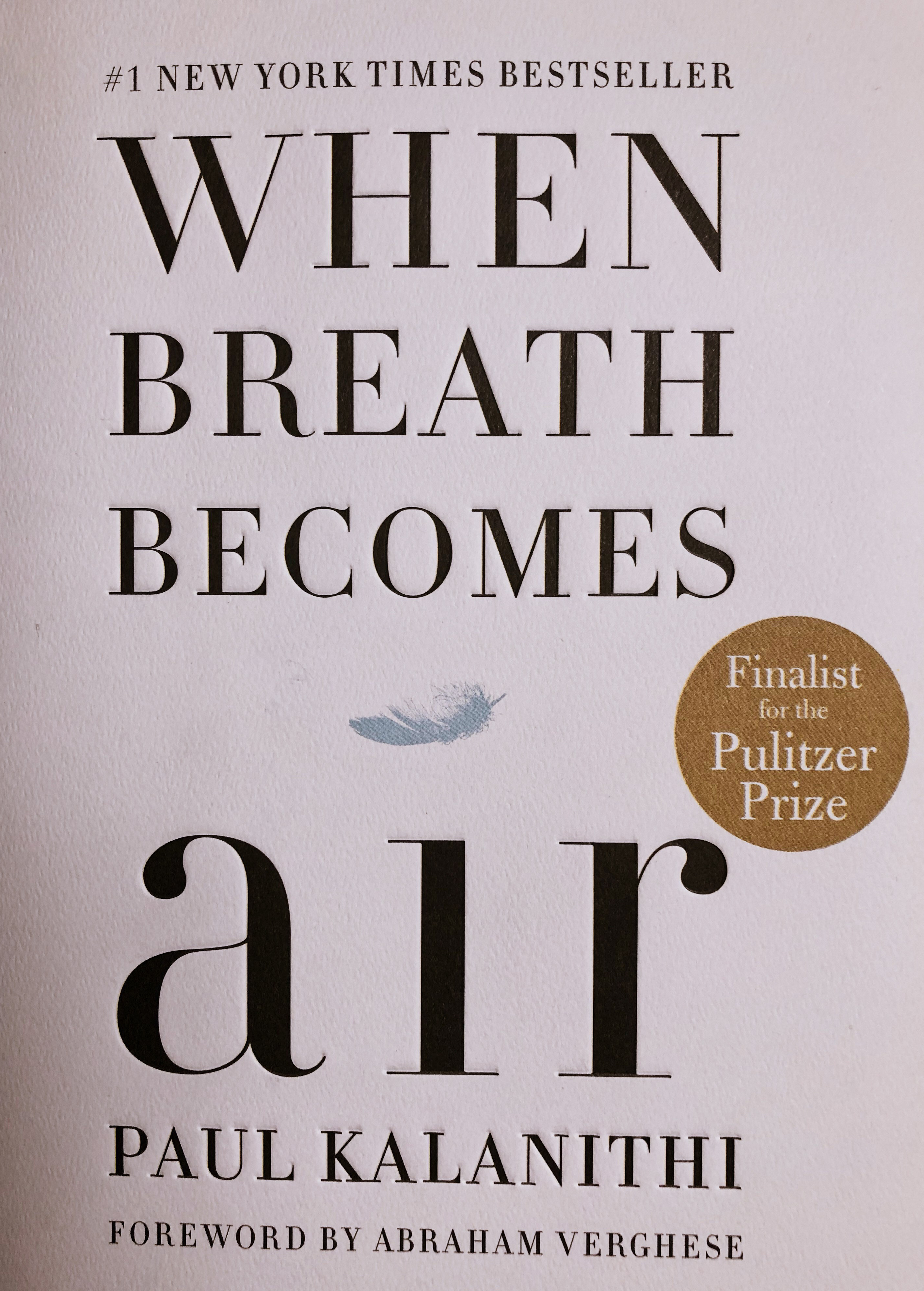 “When Breath Becomes Air” is a memoir written by a young and ambitious neurosurgeon who had to battle with terminal lung cancer. Paul Kalanithi always wondered what was the meaning of life? He wanted to understand life and the correlation between life’s greatest mystery: death. As a doctor, he was constantly face to face with death. Once he was diagnosed with terminal cancer, and knew he was fighting with time, his question was what is a life worth living for? Now, he was face to face with death as a patient.

His type of cancer averages an unpredictable 2-10 years of life. He was advised to do what was important to him, and live one day at a time because tomorrow wasn’t promised. How do you choose what to do with your life if you don’t know if you have 3 months, 3 years, or 10 years left? Living one day at a time isn’t ‘living,’ what are you supposed to do with one day? Graham Greene once said that life was lived in the first 20 years and the remainder was just a reflection.

I was very surprised at how brave, wise, and mature Paul handled his sickness. “Paul confronted death- examined it, wrestled with it, accepted it- as a physician and a patient.” Instead of questioning, Why me? or What did I do to deserve this? He thought, Why not me? He admitted going through the 5 stages of grief: denial, anger, bargaining, depression, and acceptance; however, he did it backwards.

Questions intersecting life, identity, death, and meaning are all questions everyone faces at some point. I read this book in three days, and I highly recommend it! Before becoming a neurosurgeon, Paul wanted to be a writer, but felt neurosurgery was his calling for its unforgiving call to perfection. He wrote this book during the last few months of his life and didn’t get to finish it. His wife wrote the epilogue. “What happened to Paul was tragic. But he was not a tragedy.”