Hiiiyee! 🙂 I know it’s been a while, and I truly enjoy blogging, so I will try to be more consistent… despite my crazy busy schedule… I miss writing!

I received a lot of questions about my trip, so I will try my best to answer them all. The most asked question was regarding COVID travel restrictions. Yes, you do have to be vaccinated. I had to present my vaccine card throughout the entire trip in order to get into museums, some restaurants, and even some shopping stores.

First, I flew from the United States to Rome. I had to show a negative COVID test (it could be PCR or Antigen) that was taken within the last 3 days, as well as my vaccination card. My next stop was the Amalfi Coast. I took a train to Naples and from there took a 2-hour car ride to the Amalfi Coast- again you must present your vaccination card. My last stop was Paris. I took a flight from Naples to Paris. I didn’t have to show a negative test, but I did have to show my vaccination card. To fly back home, you must present a negative COVID test (PCR or Antigen) that was taken within the last 3 days. I brought an at-home test kit by Ellume with me from the U.S. so I can conveniently perform the test in my hotel room and get results in 15 minutes. The results were emailed to me, and I simply showed the flight attendant at check-in.

I was there during their “slow season.” From what I experienced, there were no Covid curfews and everything seemed to be open. The mask mandate was strictly enforced with the exception of being outside. I was able to visit and do the things I had planned. With that being said, my itinerary was jammed-packed with activities, and I was in bed pretty early every night. I did not experience any nightlife.

Was it expensive? Honestly… yes! (Especially in the Amalfi Coast.) The U.S. dollar is weaker than the euro. Fabi and I decided to stay in smaller boutique hotels and splurge more on food, activities, and shopping. These are the following hotels we stayed at: Rome- Hotel dei Barbieri, Positano- Positano Art Hotel Pasitea, and Paris- Hotel Balmoral.

Rome is filled with so much art, history, and romance!

My favorite part was the Colosseum tour. It was a 3-hour guided tour that took us through the Flavian Amphitheater, the Roman Forum, and Palantine Hill. Our tour guide gave an excellent history lesson and was quick to point out that the Gladiator movie wasn’t historically factual. The fights at the Colosseum were for spectators’ entertainment, this was the ancient way equivalent to watching/betting on major sporting events. It had approximately 50,000 seats that were separated by social status. Many gladiators were slaves, prisoners of war, criminals, ex-soldiers, and volunteers. You may be wondering why anyone would have wanted to volunteer? For fame, glory, power, or possibly it was a plebeian’s last hope. “Hunting games” also took place where wild exotic animals fought one another. They were kept in cages underground under harsh conditions. It is believed that approximately 1 million animals were killed over the 390 years that these games took place. 9000 animals were killed during the Colosseum’s opening ceremonies. There was a suspected correlation between the Barbary lions’ extinction and the hunting games.

Vatican City is the Roman Catholic Church’s headquarters. It’s the smallest country in the world- an independent city-state of about 100 acres that is governed as a monarchy by the pope.

The details and art here were incredible!!! There was gold everywhere!

I do have one complaint about Rome: the food. We chose restaurants based off ratings from Trip Advisor, Yelp, and Google, and we just weren’t impressed. But who knows… maybe we weren’t at the right places? The wine was amazing though! And out of the 100 Tiramisus that I had over the course of 10 days, Osteria De Fortunata Roma had the best Tiramisu of my life.

Something to note: There were no Ubers in Italy, so we took taxis. Most of the taxis were cash only.

Visiting the Amalfi Coast had been on my bucket list for a long time. I am beyond grateful to have had the opportunity to turn this dream into reality. There were definitely a few memorable moments that I inhaled, looked at my surroundings, and thought, “I can’t believe I am actually here.” This was so so so nice! The food was delicious. I can still taste the freshness of the Mediterranean seafood. Some of the restaurants I recommend checking out are Chez Black- Positano, La Canzone Del Mar Capri, Eden Roc, and Hotel Santa Caterina (the restaurant view is stunning, and you also should go down to their beach club and relax on a noodle in the ocean).

The towns are on a cliff, so there’s a ton of walking involved. Also, the beaches are very rocky not sandy. I was missing my water shoes because walking barefoot on rocks was painful af!

We did a boat tour on my birthday along the coast. Our boat driver took us to the Blue Grotto (there was a long line to get in), the well-known arches, a few different caves, and Capri. This day was unforgettable!

We took a quick flight from Naples to Paris.

Louvre– This museum is HUGE! We did the audio tour which was the best thing because it could be very overwhelming. It is predicted that if you spend 30 seconds at each piece, it would take 200 days to see everything on display. We were given a Nintendo sort of device that gave you context behind the art and a map. We had the ability to choose which ones we wanted to learn about, and it also guided us on how to get there. Note: The Mona Lisa by Leonardo Da Vinci is displayed here. 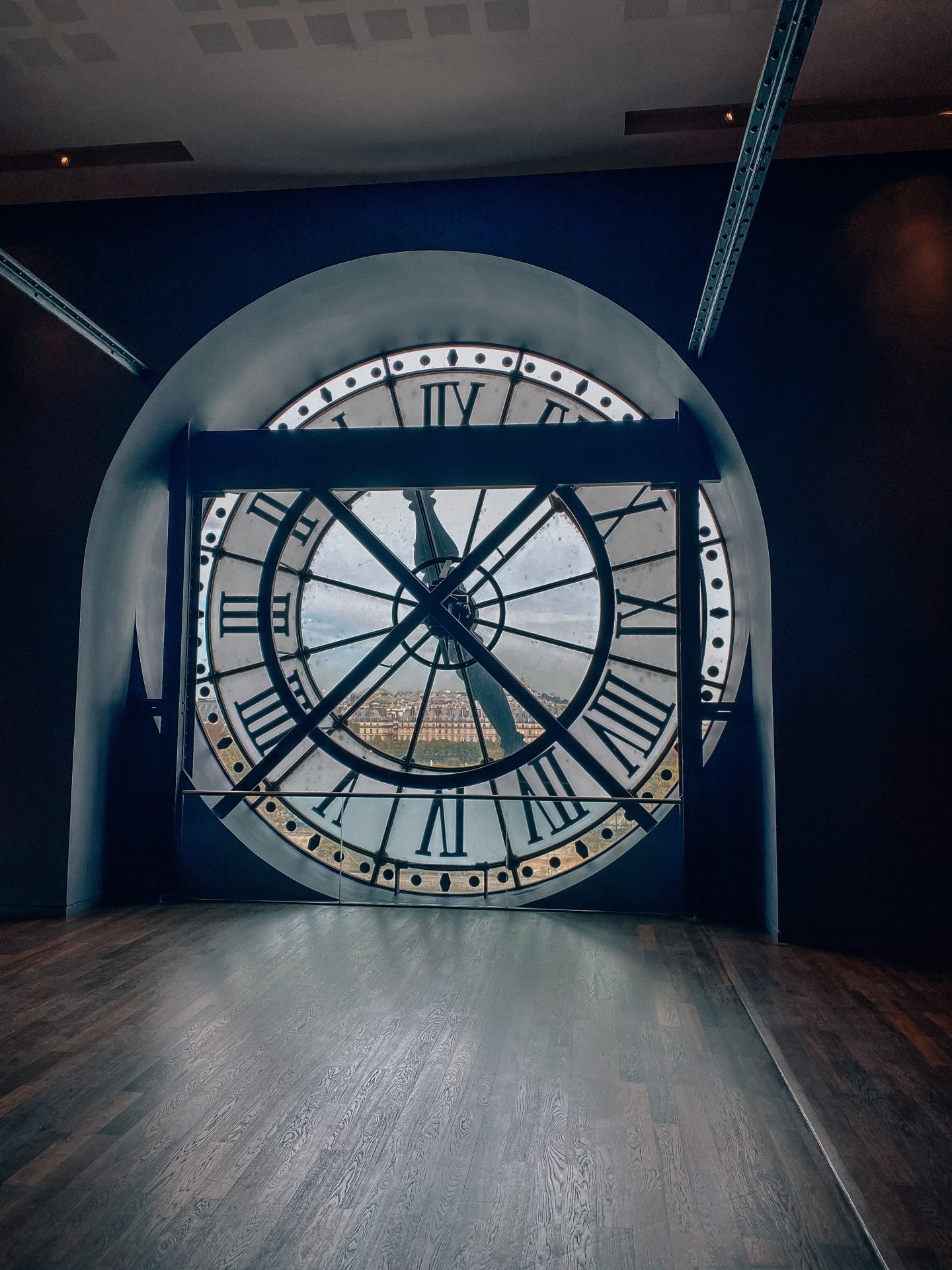 Musee d’Orsay– This was once a railroad station, and now it’s a museum. Amongst many of famous artworks on display, this is where Van Gogh’s Starry Night is located. 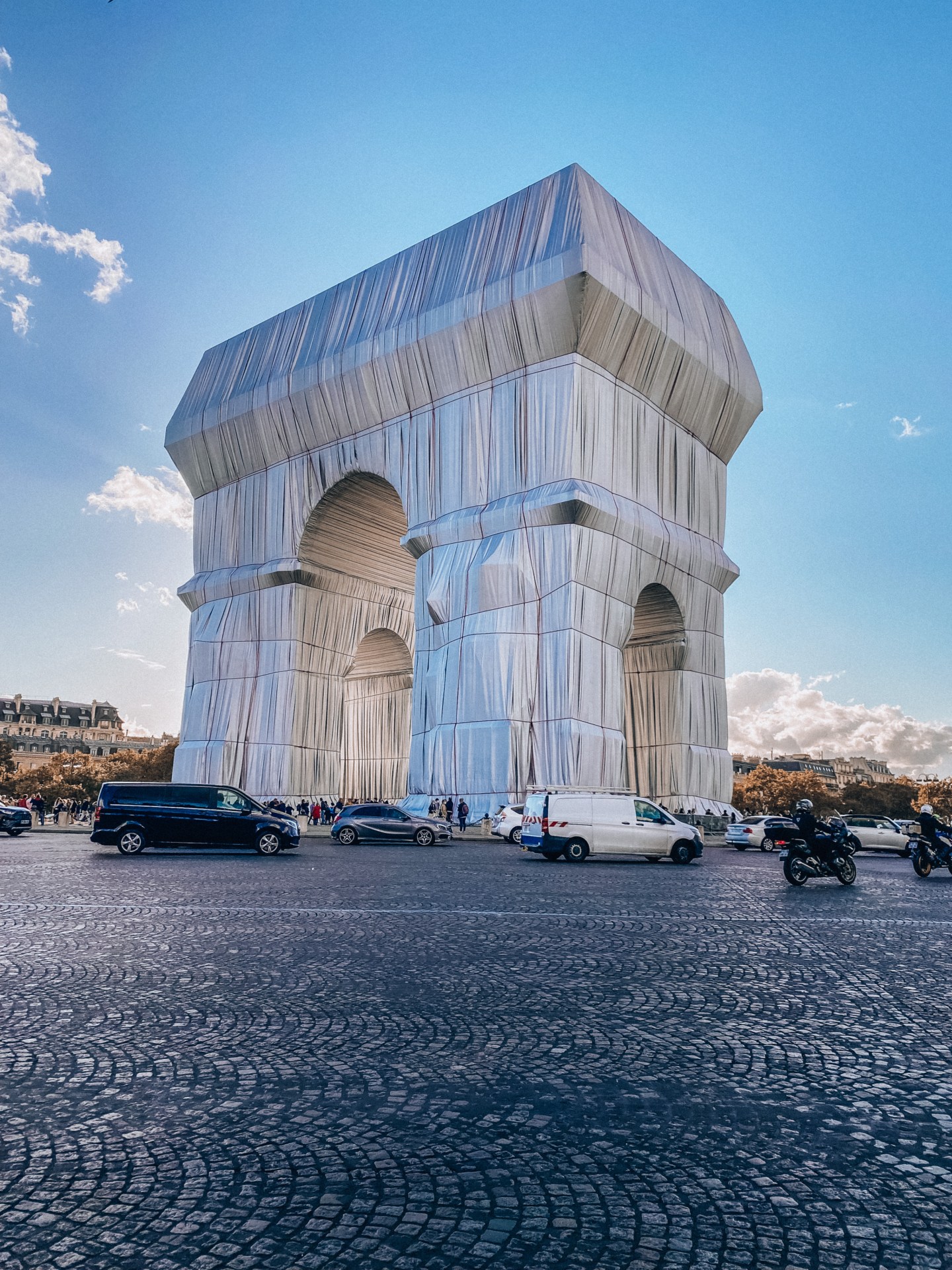 The Arc de Triomphe was draped in fabric temporarily as a tribute to the unfulfilled dream of two artists, Christo and Jeanne-Claude. This project costed $16 million to execute.

Shopping in Paris- Champs D’Elysees is the most well-known area for shopping. You can save some money on luxury brands because you don’t have to pay taxes.

We happened to be in Paris during Fashion Week and most of the popular restaurants were booked out for dinner. I suggest making dinner reservations ahead of time just to be safe. The food was delicious everywhere we went, and I learned how to eat escargot. I wish I would have had more time to visit the catacombs.

I hope this travel blog post has answered your questions. If you have any further questions feel free to message me. As always, thanks for reading <3